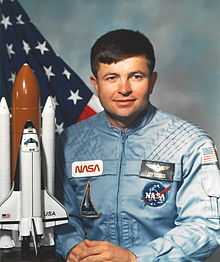 In this senior role, Mr. Cameron will expand ABSI’s test and evaluation capabilities across manned and unmanned platforms. The T&E team at ABSI works with clients in the areas of platform development, requirements definition, and airworthiness/safety. These individuals hold current flight qualifications, security clearances, and have experience piloting a wide variety of aircraft.

“Ken has decades of applicable experience to lend to ABSI’s current and future efforts,” ABSI Chief Executive Officer, Mr. Chris Sacco, stated. “With time spent in the Marine Corps and experience as a test pilot, command of the Space Shuttle, and efforts in private industry at Northrop Grumman and years at General Motors, it would be extremely tough to find someone with more applicable experience to offer our clients.”

Mr. Cameron was an F/A-18A test pilot, and A6-E Intruder project pilot and a graduate of the United States Naval Test Pilot School. He went on to become a NASA Astronaut and Space Shuttle Commander, making three space flights during his tenure. After spending almost a decade in private industry focused on managing global assignments for General Motors where he worked as a vehicle line executive for Saab in Sweden and as a program executive on the GM R&D Fuel Cell Vehicle Team, he was called back to NASA after the Columbia mishap. He managed Safety as an SES, and flew as an adjunct NASA Research Pilot until 2008. Mr. Cameron’s most recent positions included serving as the Director of Houston Operations for Northrop Grumman Corporation and as Vice President, Division Manager for SAIC’s Risk and Reliability Solutions Division.

ABSI Aerospace & Defense was founded in 2016, with the goal of delivering rapidly executable acquisition options to assist acquisition managers in supplying the warfighter with critical technologies and training.

ABSI is a CVE-certified SDVOSB.
We are also SDVOSB-certified in both Maryland and Virginia, and hold a Maryland Department of Transportation (MDOT) Small Business Enterprise certification for NAICS Code 541330 (SBE Only Engineering Services)