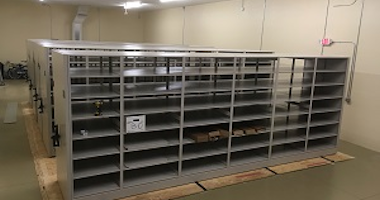 The Evidence Unit of the Sebastian Police Department built a new evidence building in an effort to free up space for processing evidence and to better organize their currently stored and future evidence. The old storage room was running out of space and had warehouse-grade shelving that was static and wasting precious space. The Police Department was looking to make the most out of the new evidence building with a specific focus on organization, accessibility and space. 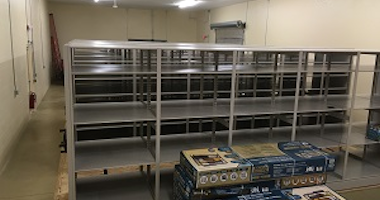 After conducting an extensive in-house survey, it became evident that a high density mobile shelving system would be the perfect solution. Rather than utilizing static shelving with multiple 36” aisles, a mobile system was able to maximize the storage space, while minimizing the useless aisle space. The PD is now able to store boxes and objects on the shelves, easily and efficiently. In addition, they gained approximately 50% more space by organizing themselves with this system. The system also allows for easy accessibility and organization. Now, the only things left on the floor of the storage area are mangled cars and motorcycles, the only things that don’t fit on the shelves!